Thanks to everyone that braved the cold and took time off of work to attend, the hearings were a huge success!

We are extremely pleased with the large turnout at each of the hearings and all of the informed, passionate and well planned testimonies given. The last four hearings went exceptionally well with far more testifying in opposition than in support of the line. There was, of course far more in attendance opposed to Grain Belt than in favor. We are sure that we made a very big impression on the Commission.

At one of the hearings, one official that goes to many public hearings told one of us off the record that they have never been to a hearing where so many highly informed and passionate citizens have testified.

We should all feel very good about what we have just accomplished.

We recently learned that on January 24th the Public Service Commission staff will make their recommendation to the Commission whether or not to grant the Certificate, which is very important. If you’ll remember, the staf, which is made up of utility economists, engineers and attorneys, recommended denial the last time.

So, if you have not already sent in a comment to the PSC, please consider doing so. It is extremely important that we submit a very large number of comments. We ask you to please submit your comments to the PSC by January 9th in order to give the staff plenty of time to read and tally them prior to their recommendation on the 24th.

You will find a sample letter attached.  Feel free to use it, although if you can write one of your own it may carry more weight.  Explain why you oppose the line and how it would impact you.  Be sure to include the case number EA-2016-0358 on the comment.

You may submit your comment in one of two ways: 1) electronically on the PSC’s web site www.psc.mo.gov.  Choose “Submit a comment” from the “How to” column on the right side. Then type in the case number EA-2016-0358 and type your comment in the box. Or 2) you may send it by mail to Missouri Public Service Commission, 200 Madison Street, P.O. Box 0360,  Jefferson City, Mo 65102.

We also ask that all petitions be sent in to us by the 6th of January so that we can hand deliver them to the staff on or near the 10th of January.  So, if you have petition forms, please send them to us at: Block Grain Belt Express, P.O. Box 61, Kingston, MO 64650

Our Mission is to inform and educate the public about the proposed Grain Belt Express high voltage transmission line for the purpose of advocating its denial by regulators.

What is Grain Belt Express?

The Grain Belt Express is a massive 4000 megawatt direct current electricity transmission line proposed by Clean Line Energy Partners LLC, a startup company from Houston, Texas. If completed, the line would originate in southwest Kansas near Dodge City, and would span 780 miles to the east and terminate in Indiana, where it would connect with the PJM grid that services the heavily populated northeast states.

The company claims the line would carry only wind generated power. However, Federal Law prohibits any transmission line from discriminating against any source of power. The northeast states, where the power would be transported, are home to some of this country’s very best wind resources just off their shores, according to the U. S. Department of Energy.

Grain Belt Express would impact upwards of 600 landowners in its 220 mile path across Missouri alone and would require over 5000 acres for the easement. Only a handful of landowners voluntarily signed an easement agreement prior to the first application.

Therefore, the project would constitute one of the largest condemnations of private land in Missouri history.

The company skipped the normal Regional Transmission Operator (RTO) planning process because it claims that it simply does not feel it should have to participate. The project was announced to potentially impacted landowners in the summer of 2013. In spring of 2014, Clean Line filed an application for a Certificate of Convenience and Necessity from the Missouri Public Service Commission (MPSC), the state bureau that regulates utilities and transmission line operators. If approved, it would have given the company the authority of eminent domain and the power to condemn private land for the easements it needs for the line. After enormous public outcry and legal interventions from four organizations (Missouri Landowners Alliance, Show Me Concerned Citizens, Missouri Farm Bureau and United for Missouri), the application was denied in July of 2015. The Commission stated that the company did not demonstrate that the line would improve the grid, would not benefit ratepayers and, therefore, does not justify the burden placed on the landowners. 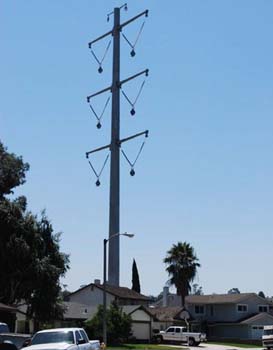 Clean Line Energy Partners has recently announced in the media that it intends to re-apply for the Certificate of Convenience and Necessity from the MPSC again.

If approved, the use of eminent domain for a project with little or no benefit to our state would be a violation of property rights. The transmission line would place an enormous burden on landowners, as it would greatly decrease property values and farm productivity, while negatively impacting the quality of our lives and potentially affecting our health, safety and environment.

Finally, the approval of the line would set a very dangerous precedent as other private companies will likely ask for the power of eminent domain for their business ventures with or without any benefit to the state of Missouri.

Learn how you can help!

We are a group of people just like you, working hard to stop this project from proceeding. No eminent domain for private gain. We can win this!

• Attend an upcoming Public Hearing and have your voice heard!

• Sign Petition and get as many others to do so as possible.

• Join Missouri Landowners Alliance, encourage others to do so.

• Donate to the MLA for legal expenses.

• Send a comment to the PSC and get your friends and family to as well. Last time we had over 7,000 comments! Include your name and address with the comments in the box. Use case tracking number EA-2016-0358 at the bottom of the page. Each adult is allowed to submit a comment.